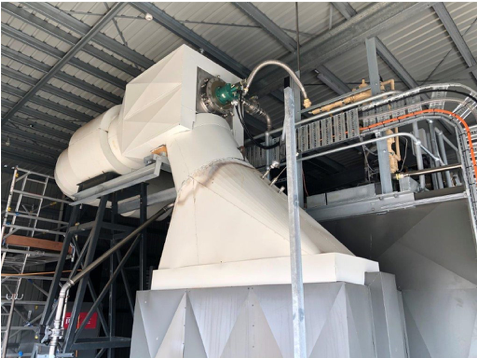 – GAS-TESS energy recovery system modified, working with the manufacturer of the turbine and heat exchanger to resolve an issue

GAS-TESS: following completion of successful integration testing with SA Water in late November, the TESS pilot was cooled for two weeks to allow the energy recovery system to generate for longer periods of optimal electrical output. To do this a biogas co-firing burner was installed and commissioned by 6 January. On 2 January the primary burners were restarted, supplying heat to the Wastewater Treatment Plant while heating the silicon storage to operating temperature range by 6 January. The electrical generation module was supplied heat from 8 January but the turbine output was below performance targets. Our engineers are in daily contact with the manufacturer of the turbine and heat exchanger to resolve the issue as soon as possible.

Stone and Wood project: the technical feasibility study was sent to Stone and Wood on 19 December 2019 and is under consideration.

Aurora Project: prior to the holiday period, first contact was made with stakeholders including the SA Government, the Port Augusta City Council, potential partners and providers. Your Company’s staff has been analysing revenue opportunities from operating in the National Energy Market (NEM) and direct heat and electric power contracts.

This site uses cookies to ensure that we provide you with the best user experience, as well as to deliver advertising messages. You can view our Privacy Policy for more information.